one of the qualifications to serve as a member of the House, then the government of Donald Trump must be crime infested by his own statement. Is he really that ignorant? Why does he insist on constantly proving with his tweets an actions that he is not only ignorant but a racist.

Cabinet member Cited as proof that Trump is not a racist is Senator Mitch McConnell’s spouse. Surprise, surprise! 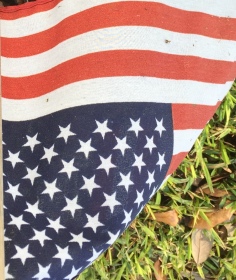 What is the only requirement to be a U.S. Congressman?

Answer: A citizen of the United States and the state they represent.

Answer: President Donald J. Trump who told four U.S. members of the House to go back and help fix the totally brokencrmeinfested places from which they came?  That would be the U.S.)

He described the U.S.  as a complete and total catastrophe, the world’s most corrupt and inept anywhere in the world.