NOW, that the President has declared a victory over Covid-19 and is dismantling the Covid-19 Task Force led by the Vice President, can the Senate led by Mitch Mconnel try him on his impeachable offences, find him guilty and remove him from office?

It would be too late for the 100s of thousands of our citizens who will have lost their lives because this President refused to recognize the danger and do his duty for his citizens.  That would be for the citizens other than his friends, grifters and money makers.

This is on you Mitch and your Republican cronies have stood by and watched while Nero fiddled and Rome burnt.  You, Mitch are the modern Nero.

No evidence or witnesses = no trial.

No trial = No need for laws.

Lawlessness = no need for a Congress or Supreme Court

No Congress or Supreme Court = dictatroship

GET OUT AND VOTE.

GET RID OF THOSE WHO SUPPORT LAWLESSNESS.

THE FOUNDING FATHERS NEED YOU!

Where are the Patriots? Senators: Please read Thomas Payne “The Crisis” December 23, 1776. Are you a sunshine patriot? 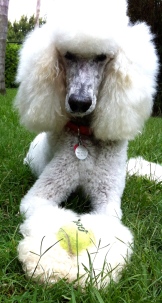 Calling it here first!  Republican Senate moves for censure of the President in order to keep him from being found guilty and removed from office.

Was he in on the call to Ukraine’s president?

Was he one of the three amigos?

Was he witness during the bringing of impeachment charges?

Was he subpoenaed by the Republicans during the hearings?

Why was and is he not subpoeneaed by the Republicans when to this day they have the power to do so without the votes of any Democrats?

HE HAS ABSOLUTELY NOTHING TO DO WITH THE ACTIONS OF THIS PRESIDENT IN THE ATTEMPTED BRIBING OF UKRAINE!

THE SENATE MUST CONVICT!

PLEASE REMEMBER IN THE IMPEACHMENT TRIAL THAT THE ATTORNEYS ARE NOT SPEAKING UNDER OATH.  LOOK AT THE EVIDENCE THAT THEY REFER TO, NOT AT THE OPINIONS THEY PRESENT.  THEY CAN SAY ANYTHING THEY ARE NOT UNDER OATH.

What have the Republicans presented that is factually verifiable?

Republicans on Russia trip face scorn and ridicule from critics at home – The Washington Post
— Read on www.google.com/amp/s/www.washingtonpost.com/powerpost/republicans-on-russia-trip-face-scorn-and-ridicule-from-critics-at-home/2018/07/05/68f0f810-807e-11e8-b0ef-fffcabeff946_story.html?outputType=amp

Just a reminder! Gotta wonder who else is with Trump at the Putin trough!

So far in the impeachment inquiry, the Republicans have focused on Hunter Biden, VP Joe Biden, Benghazi, Hillary’s emails, servers, Burisma, Obama and the whistleblower etc.

There has been nothing presented by the Republicans to provide a defense of President Donald Trump’s attempted quid pro quo, bribery, extortion and obstruction of justice.

They complain about lack of direct evidence, but the White House refuses to allow those with direct knowledge to testify or to release documents which would be direct evidence.

They obvioiusly think the American people are uninformed and stupid; and they want to keep them that way. 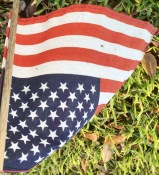 If Quid Pro Quo is a crime

bribery is a crime

both bribery and quid pro quo are crimes.

It doesn’t matter if the President engaged in quid pro quo of if he engaged in bribery; it is a crime.

Devotionals on Writings Received from the Celestial: A COURSE IN MIRACLES, A COURSE OF LOVE, THE WAY OF MASTERY, CHOOSE ONLY LOVE, and THE WAY OF THE MARYS . . .with Celia Hales