Only haranguing, obfuscation and focus on other unrelated or disproven issues.

Besides making the media wealthy, how are these debates helping anyone?

In an attempt to extend an olive branch to the Democrats in a biparisan move, President Trump wants to nominate Merrick Garland to the Supreme Court.  Trump is said to have quoted himself as saying “better late than never”, a saying he just made up.

A furious Mitch McConnel has been quoted as saying that no such thing will happen in HIS Senate.  He and the Republican majority has been bought and paid for by Mr. Putin, and they will not go back on their word.

Democrats are suspicious and therefore are taking no action to move the nomination forward.

FOX pundits are reviewing their scripts from Sinclair Broadcasting to determine if last minute changes have been made.

NPR is reporting that the President will be making a nomination for the Supreme Court.

Trumpsters are jubilant with the news that President Trump will be able to hold up yet another piece of paper which he has signed with his crayon/marker thereby proving that he is doing something.

WallStreet is looking to make even more money in the whipsaw climate of the Trump Administration.

Evangelicals are chanting AMEN from the pulpet and on television but declining to say what they are amening about.  However, they are sure that God will forgive the President for his repeated unchristian acts.  Mass burnings of the heretical WWJD posters, bracelets, pins and hats are being planed.  In heaven, God hides his head in shame.

The 98% are quietly sewing patches on their clothes and planning tasty meals around Ramen Noodles.

Our politicians once again take to the television and editorial pages and the end result will be nothing.  They have no plan and don’t really want one because their goal is to be gain power and wealth by staying in office.

intention: a thing intended; an aim or plan….” according to the dictionary

NOT SUCH A GOOD DEAL NOW!

First, a cup of Hawaiian Kona coffee with a shot of Amoretto topped with whipped cream

Great news in the morning paper 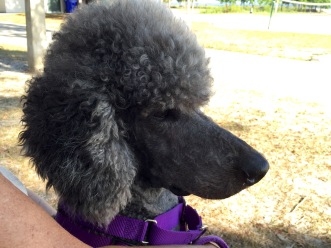 Help a friend watch for squirrels

Don’t want to mess up the day, so I think I will go back to bed and sleep until tomorrow.